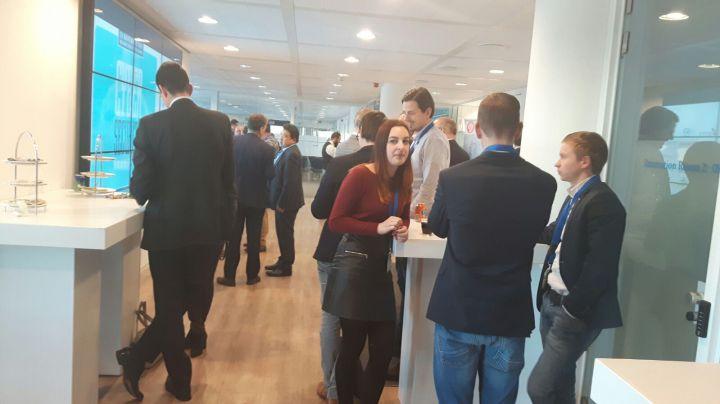 On 29 November 2016 Studiecentrum voor Bedrijf en Overheid (SBO) hosted the ‘Cybersecurity Event 2016’ at the HSD Campus. During the event speakers from various organisations in the triple helix shared their latest developments with the audience in plenary and break-out sessions

The Human Capital Programme team of The Hague Security Delta and SBO took the initiative to set up a special side event for students and young professionals in order to give them the opportunity to attend the event and take in the insights delivered by the speakers.

After the kick-off by moderator Xander Beenhakkers and a word by Joris den Bruinen, deputy Director of HSD, the audience was asked to form groups and were presented with a cybersecurity challenge. The challenge was to come to an agreed upon approach on what to do after a cyber attack. The case at hand was a massive blackout, affecting 200.000 households and 15.000 companies caused by a cyber attack. The young professionals and students formed a group on their own and got to work on the challenge. Coming from different backgrounds like ‘Safety and Security Management Studies’(Integrale Veiligheidskunde) and ‘Computer Science’ (Informatica), they approached the challenge at hand from different angles, aptly showcasing the multidisciplinarity of cybersecurity.

After the group challenge the day continued in plenary form. Several speakers talked about their expertise. First Jan van den Berg, professor in cybersecurity at the Cyber Security Academy, Leiden University and TU Delft, shared his views on why it is important for organisations to have a well organised cybersecurity strategy, and what kind of threats organisations have to deal with.

The next speaker, Mireille Hildebrandt professor in Law and ICT at Vrije Universiteit Brussels and Radboud University Nijmegen, shed light on some of the legal implications that new technology pose to organisation, especially related to privacy concerns and liability.

Next, Peter Zinn of the High Tech Crime unit of the Dutch National Police Corps elaborated on what kind of cybercrime is most common and what the consequences are for forensics and business continuity.

The second half of the day consisted of 3 rounds with 4 different speakers per round. Offering attendees the chance to customise their program to their own wishes and interests. For the attending young professionals and students the first round was used to reflect on the morning. Koen Hoogers of HSD provided the group an example of what the impact can be when a critical infrastructure company is hacked using the case of the ‘Groene Hart hospital’ hack. After the first session the students and young professionals joined the other attendees to visit sessions on a subject of their own choice.

The final speech was delivered by Bas Eenhoorn, The National Commissioner for Digital Government also called ‘Digi-commissioner’, who elaborated on some of the challenges the government faces in staying relevant amidst digital innovations that are rapidly changing society. The day was rounded off with a networking event that was joined by a group of cybersecurity specialists from the United Kingdom whose trade mission to The Netherlands coincided with the event.

Afterwards the young professionals and students were enthusiastic about the event. Students mentioned that attending the event was an interesting opportunity for them to be among like minded students and able to connect with professionals in the field of cybersecurity. The HSD Human Capital is glad to receive such an enthusiastic response from the students and will look at the possibilities of organising side events for students more frequently. 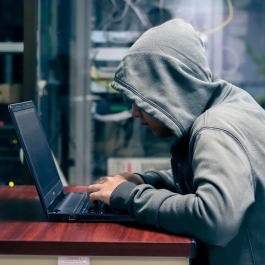 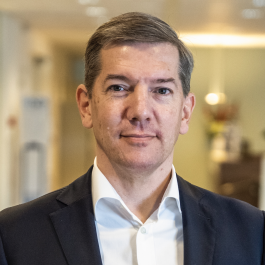